To generate social transformation through creativity and education. The purpose of the Creative Communities Program is to generate a social transformation through creativity being applied to everyday life. Art is viewed as the vehicle that helps generate the transformation and awakening of the co-creative processes of both rural and local communities. The program operates through various interdisciplinary workshops that generate artistic products that will be shown during the annual festival by the participants themselves, in collaboration with the local community.

FiiiiMP (The International, Interdisciplinary, Intenerate and Independent Festival of the Possible Worlds) is a festival focused on the development of self-expression and communal growth, which works through various artistic and creative human expressions, such as: theater, music, photography, Mayan poetry, plastic arts, happenings and public space interventions. The FiiiiMP also offers artistic residencies, is mentor and organizer of the “Creative Communities Program”, an annual festival that is organized, principally in Puerto Progreso, Yucatan, Mexico. 2013 November. Development of the second edition of FIIIIMP: The skin of senses in Puerto Progreso, Yucatan. Co-produced with Cargotopia Portuguese project and Harmonipan Mexican-Brazilian project. 2014 24th February- 1 March. Development of the activity week FIIIIMP/DF (dance, music, clown, theater, workshops and sensory dinners to promote the festival and fundraising). 2014 June. Coordination of the puppet workshop and intervention of public space in the City of Mexico in collaboration with the Participative Culture Kids Program. 2014 24th November – 7th December. Development of the third edition of FIIIIP: The Rhythms of the presence in Puerto Progreso Yucatan. 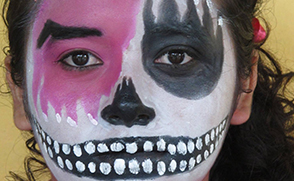 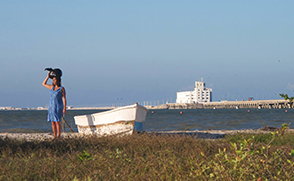 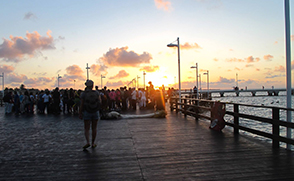